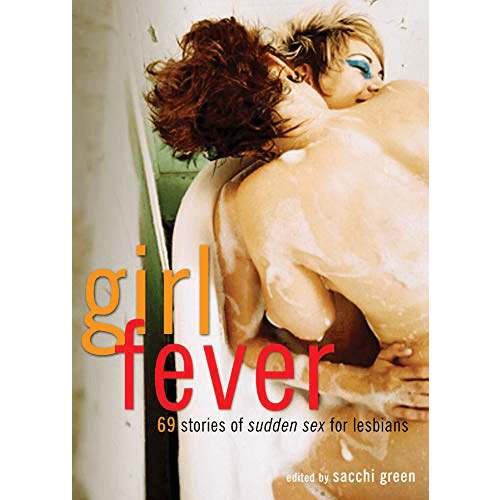 This big book of lesbian quickies, with stories from top-notch contributors, evokes the heat, urgency and “gotta have it” moment of sudden sex. There are long-time companions, one-night stands, meet-cutes and meet-only-once stories to fuel every fantasy.

Sacchi Green is a Lambda Award-winning writer and editor of erotica and other stimulating genres. She lives in western Massachusetts, with an alternate retreat in the mountains of New Hampshire and occasional forays into such real world spots as NYC for readings. Her work has appeared in scores of publications, including multiple volumes of Best Lesbian Erotica, Best Women’s Erotica, Best Transgender Erotica, and Best Fantasy Erotica, and she’s also edited seventeen anthologies over the last fourteen years, most of them lesbian erotica. Nine have been finalists for Lambda Literary Awards, and two of those have been Lambda winners, while four have won Golden Crown Literary Society awards. All these awards, of course, are actually due to the fine writers who trust her with their work.

You can find her online at: https://www.facebook.com/sacchi.green and https://sacchi-green.blogspot.com
Additional information