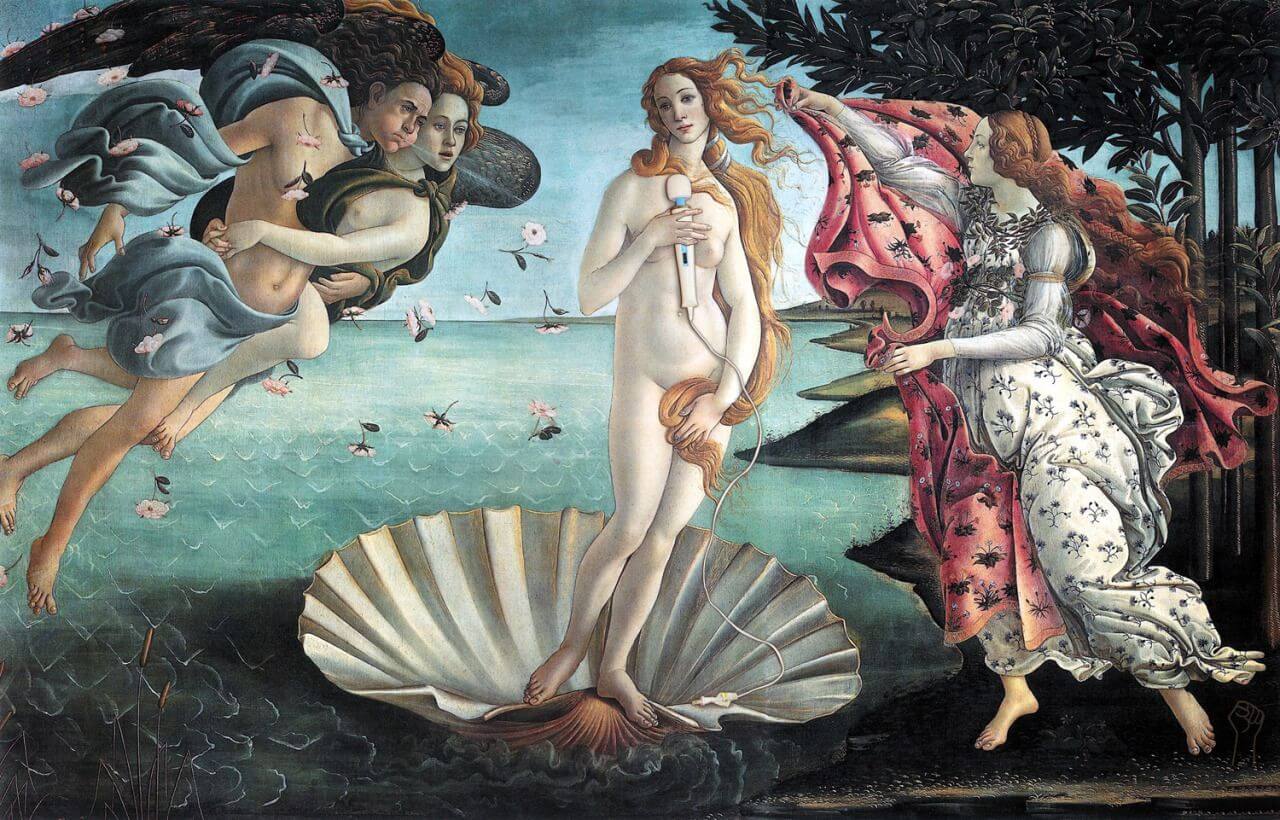 In the corner was the wand. Huge, with a never-long-enough cord, and somewhat reminiscent of a large microphone they sat in their innocuous cardboard boxes in an unsexy display. If you fired one up, you found that it sounded like first gear of a Harley-Davidson. But it had something nothing else had. Those wands had the power. Some of us smiled as we felt the mind-numbing tingle at the tips of our fingers, knowing full well what this want could do. Too bad the wands had a maximum of two speeds (high, and higher), weird vinyl heads, could wake the dead, and a fit of passion could summarily unplug it.

We’ve come a long way, baby. If you wandered around the store today you’d find pulsators designed with NASA technology, a rechargeable battery the size of a thumb that will knock your socks off, and nary a teddy bear or suspicious jelly rubber device in sight. Smooth, sexy silicone and hand-held vibrators for whatever strikes your fancy. Yet, we still have a shelf devoted to the wand.

A new customer was browsing today, marveling at the new products. They got to the wand shelf and exclaimed, “Oh, old school!”. And suddenly I wanted to come to the defense of the wand, the true workhorse of vibrators. Here’s why the might wand is not only relevant, but essential to many people.

1) They have ‘oomph’: If you need strong sensation to have an orgasm, there’s nothing like a wand. Nothing. Most have a delightfully low rumble with no hints of obnoxious buzz. Pure delightful power.

2) The redesigns have fixed most of the worst issues: Come touch the fairly quiet, silky silicone, rechargeable wands we have in and tell me that’s what you were imagining. Then fire it up and remember the feeling…

3) Yeah, wands have something to grab onto that isn’t vibrating that much. If you’ve ever had “buzzy fingers” I don’t need to explain further.

5) It doesn’t scream SEX TOY: Got snoops? Travelling? You can still make a case this is for your poor achy back muscles. After all, that’s still what the pictures on the box show. Or you could say “Yes, that is a sex toy. And you just touched it.”

6) And last but not least, are they still bulky?: Yep. Nature of the beast. Some are much slimmer but there you have it.

Posted in Uncategorized, Blog, Education, Product Reviews
← Buy It Once Products That Last A LifetimeTips For Setting the Mood →

View all posts by Judah Largent →