To My Trans Sisters 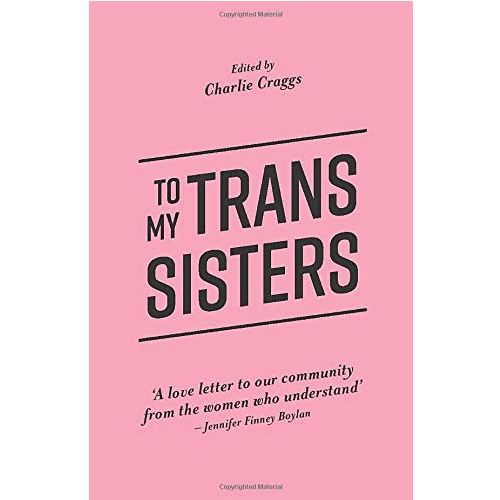 Dedicated to trans women everywhere, this inspirational collection of letters written by successful trans women shares the lessons they learnt on their journeys to womanhood, celebrating their achievements and empowering the next generation to become who they truly are.

Written by politicians, scientists, models, athletes, authors, actors, and activists from around the world, these letters capture the diversity of the trans experience and offer advice from make-up and dating through to fighting dysphoria and transphobia.

By turns honest and heartfelt, funny and furious or beautiful and brave, these letters send a clear message of hope to their sisters: each of these women have gone through the struggles of transition and emerged the other side as accomplished, confident women; and if we made it sister, so can you!

Charlie Craggs is a leading trans activist and founder of the award-winning campaign ‘Nail Transphobia’. She is #1 on The Observer’s New Radicals List 2016. Additionally, Craggs received the Marie Claire Future Shaper award in 2017. Craggs was featured on both the Independent Rainbow List and the Pride Power List. She has written on trans issues for Huffington Post, The Guardian as well as Teen Vogue and has starred in campaigns for Selfridges, the Victoria & Albert Museum and Stonewall.

Be the first to review “To My Trans Sisters” Cancel reply